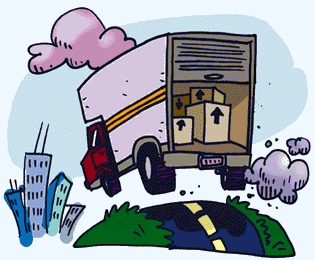 Today I've given my 2 weeks notice as the Web Anchor/Reporter for News 9 and the News On Six. Before you ask WHY, let me just say that I've also spent the last year and a half asking WHY about an awful lot.

In March 2009, when my husband's television bureau was closed down in Washington, DC due to the recession and we were forced to move west to find jobs, I asked God -Why-? And this last May, when Travis lost his job a 2nd time (this time with News 9), I again asked -why-?

-Why- is a common question for me. Maybe it's my journalistic curiosity or inquisitive nature...but most likely, it's my type A personality that feels the need to be in control of all circumstances. But I do ask a lot of WHY's.

This past January, when Haiti was struck by that 7.1 magnitude earthquake, many of us in unison asked WHY. Why would God allow Haiti to suffer so much? Why did the earthquake have to destroy so many homes and so many lives? Why do bad things happen to good people? Why?

While covering the earthquake that following week for News 9/the NewsOnSix, my WHY's seemed to multiply daily, mostly because I started doing a series of reports via Skype with a young man named Ruben Cenea. The native Haitian was working with a team of Oklahoma missionaries called Mission of Hope:Haiti and became our eyes/ears as the disaster unfolded. Why would God allow Ruben, a Christian who's training locally to become a worship music leader, to witness many of his fellow Haitians die? Why would God allow him to be trapped underneath his school building for hours? Why?

I've learned a lot by asking WHY. Most of all, I've learned that many times God never tells us WHY. However, sometimes we do catch glimpses of WHY God works the way He does. (I'm saving up a lot of WHYs to someday ask in Heaven! )Yet, I'm learning that sometimes we have to "live the question"- as my Aunt Di always says.

"Living the question" is not the easiest thing for a journalist, who like myself, sees so much in black & white.

Yet, as I look back at all the times I've asked WHY lately, I admit....I do see a lot of evidence of God at work all along the path and I've started to realize some of the reasons why things happen the way they do.

When my husband was laid off in DC, God opened the door for him to work in Oklahoma City....near both of our families...and I got a full-time job at News9/Newson6 too! When the earthquake rattled Ruben's world, he later told me that God changed his life for good from that day forward. My own life changed that week while covering Haiti and Ruben's story. I hoped some day God would allow me to focus entirely on telling those type of stories.

My most recent WHY hasn't been 'Why would God allow my husband to lose his job a 2nd time in a year?' It's actually been WHY does it seem God is moving us from Oklahoma....after we just got here?!

Once again, God hasn't shown me the full answer, but He does seem to be giving me clues.

Last month, as my husband was scouring the Internet for job openings, he came across a position that seemed to perfectly describe me. It called for a Christian who has worked in television news at the local and national level for more than a decade and who has a heart for international relief and humanitian aid. Many of the others descriptors were right up my alley too!

If you were to ask me a month ago if I ever planned to leave Oklahoma now after just buying our first home last year, I would have definitely answered NO WAY. My husband and I thought God was moving us here more long-term. Plus, I would definitely prefer to continue living just 10 minutes from my mom & dad still, work my way up to a full-time anchor job and start a family in my home state of Oklahoma.

So why am I leaving?

I wish I could give you God's full answer. All I know, is that God appears to be closing doors for us in Oklahoma and moving us to New York City. We believe that for several reasons. For one, we can't afford to stay in Oklahoma much longer. My husband's job was 2/3 of our combined income and he hasn't had any luck finding work here in the past 4 months. Two, professional growth/opportunities for me also seem unavailable at this time. Third, my husband is interviewing for a network job in NYC. And fourth, God has opened a door for me that seems almost too good to be true.

I've been offered the job as Media Relations Director for World Vision, a Christian humanitarian relief organization. The organization's headquarters is in Seattle, but I will be based in New York City where I'll be the organization's regional spokesperson! I'll also be tasked with creating innovative ways to cover World Vision stories (similar to my coverage of Ruben) and networking with local & national correspondents.

My family is definitely sad to see us go, but they would also tell you they couldn't envision a more perfect position for me. Not only will I be able to use my Christian faith in my job but also my passion for working in media and with journalists...and most recently, my desire to continue covering worldwide stories like what happened in Haiti.

I will miss everyone in Oklahoma. I'm hoping some day God will bring us back. But for now, we trust that God is moving us for a reason. We welcome your prayers as we move forward into this scary yet exciting chapter of our lives!

My prayer is that some day, I'll get better at asking fewer Why's and instead, learn to live the Lord's prayer a little more:

"Let your will be done, on earth as it is in Heaven."

....instead of always needing to know WHY.

"And we know that in all things God works for the good of those who love him, who have been called according to his purpose." Romans 8:28

Posted by Mindy Mizell at Monday, September 20, 2010 6 comments: Links to this post